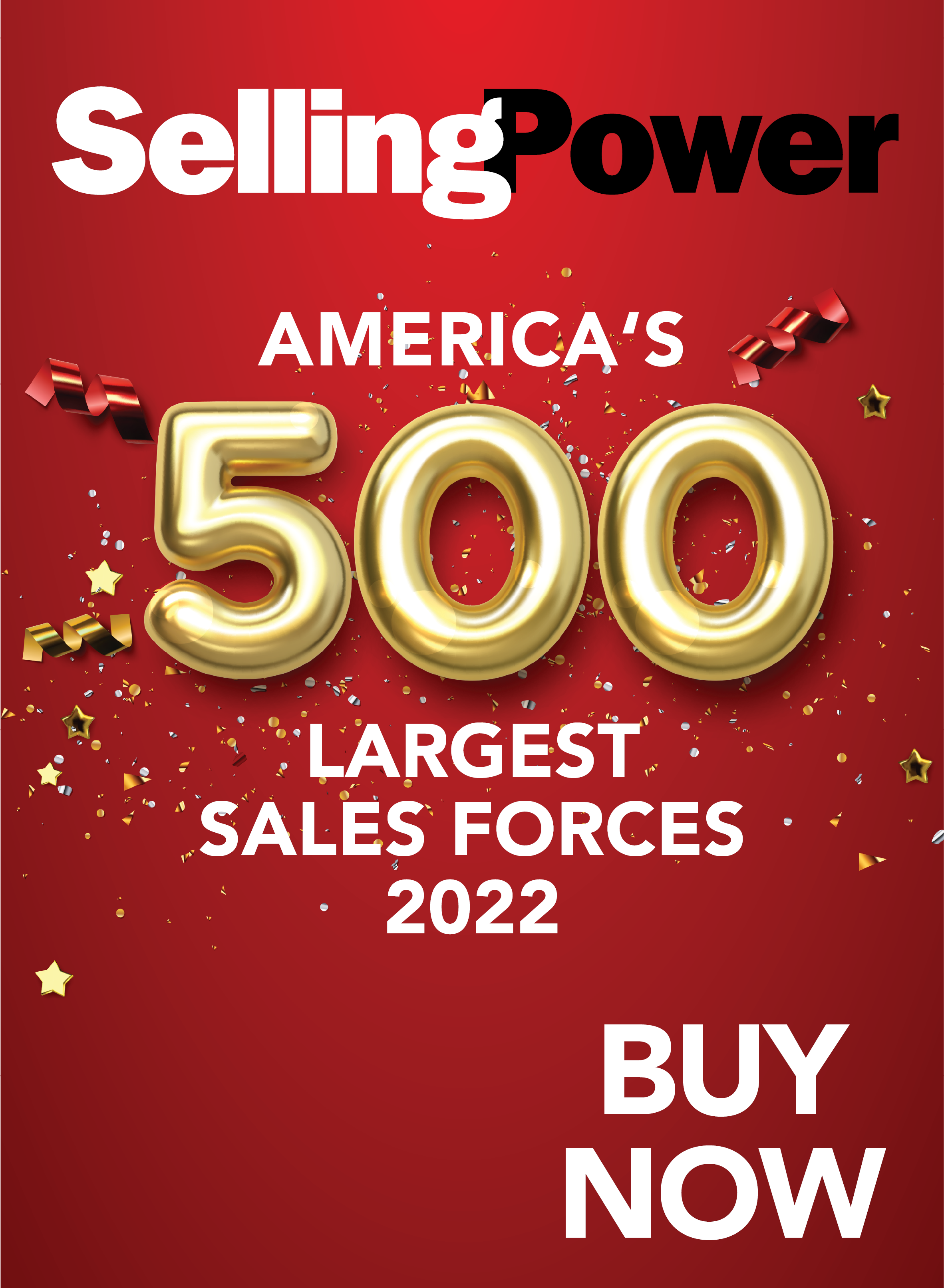 Much of this data was collected as pandemic lockdowns were being lifted, business travel was beginning to return, and employees who had transitioned to working from home were beginning to trickle back into the office.

See the Top 10 Largest Sales Forces in each industry:

The total number of salespeople employed by all 500 companies on this year’s list is 24,215,161, which represents a minuscule increase of less than 1% – or an increase of only 16,305 salespeople – from our 2021 list. This is unsurprising given the continuing struggles of an economy struggling to recover from the worst stretch of the pandemic.

The direct selling category, which has previously experienced large swings in the number of salespeople, remained essentially unchanged from 2021 to 2022.

Overall, without the direct-selling numbers, the number of salespeople increased by only 11,305.

PRODUCTIVITY ON THE REBOUND

The top 200 companies in the service sector reported a modest increase of just over 35,000 salespeople, bringing the total up to 594,655 salespeople. While the increases have remained relatively small, the total revenue for the sector topped $6 trillion – a surprising increase of almost 15% since last year. This represents more than $10.2 million in sales per salesperson and a sizable 7.73% increase in productivity – now showing eight straight years of productivity gains. The number of service-sector employees posted a smaller increase of nearly 6% this year, making it four consecutive years with steady employee growth.

The top 20 automotive megadealers reported uniformly positive results this year. The top 20 firms own 2,055 dealerships, employ an estimated 30,825 salespeople, and produced over $161 billion in sales (up by an incredible 27%). This brings the average annual sales per salesperson to over $5.2 million (up by almost 12%).

The top 50 insurance companies employ sales forces totaling 626,917 across the industry, with an average sales volume per salesperson of $2,105,212. This represents a decrease in productivity of almost 7%. The number of salespeople also declined slightly from last year (a 2.84% decrease), and their productivity followed suit, declining by almost 7%. Rounding out a uniformly negative year for the insurance industry, the number of employees decreased by almost 5% from last year.

While the top 30 direct-selling companies continued to report more than 22 million salespeople, this year saw no significant change. In fact, the increase in the number of salespeople reported amounted to a fraction of a percent and marked the first time in years without a significant swing in the sales force numbers, either up or down.

Here are some of the key takeaways for this year:

Each salesperson in the service or manufacturing industry supports, on average, 21.08 other jobs within their respective companies. That figure marks a slight increase from last year’s number of 20.55 and indicates the importance of the sales force during economic adversity. These companies employ a total sales force of more than one million, who produce over $11.5 trillion in sales and ensure the employment of over 24 million people. This underscores the fact that the sales forces of America will be responsible for helping our economy regain its footing as we continue navigating these times of economic uncertainty.

TOP EXECUTIVES – Use the Selling Power 500 to benchmark your company’s productivity per salesperson. Find out how you measure up to your competition and the average in your industry. Check which companies have decreased their sales forces and which are gearing up for expansion. Buy the full Selling Power 500 list now.

EDUCATORS – Use the Selling Power 500 as a tool to build next year’s curriculum. Every year, Selling Power 500 companies seek to recruit more than 500,000 college graduates. There are more than a dozen colleges that offer sales curricula, and all of their graduates can look forward to solid careers in sales. Prepare your future students for a lucrative career in sales. (Note: Media research shows that the average Selling Power magazine reader has a college degree, works in sales management, and has a household income of over $174,000 per year.)