Do You Know How to Sell to Women Buyers?

The consumer world decided years ago that female buyers need to be marketed and sold to differently from men. Based on research, companies like Lowe’s (which you might assume would target male buyers) redesigned their stores in the early 2000s to be more visually appealing to women, because women make 80 percent of all home improvement purchasing decisions.

And what about the B2B buying space? DiscoverOrg recently partnered with leading sales linguist Steve Martin to examine, over the course of nine months, gender differences in B2B purchase decisions. We looked at the responses of more than 350 B2B professionals through four different surveys. Male and female buyers participating in the study answered questions that compared various aspects of their personality; how they interact with salespeople; how they behave in evaluation committees; and their opinions on real-world sales scenarios.

The study found there are, indeed, differences in the way men and women view salespeople and selling styles, evaluate and select vendors, choose products, and agree on what to pay for them. But how should this inform the way salespeople approach and engage with prospects?

To find the answer to this question we shared the survey results with three well-respected sales experts  (Jill Konrath, Nancy Nardin, and Lori Richardson), who offered their perspective on the findings and provided some key recommendations for using this new information most effectively.

Value vs. Prestige in Vendor Selection

Perhaps most interestingly, the study found that men tend to choose the most expensive product from the best-known and most highly reputed vendor, while women are more willing to choose lesser-known vendors whose products have greater functionality and a lower price.

According to Nancy Nardin, this indicates that women, more driven by value over prestige, may be willing to give new and upstart vendors a chance to show they can deliver, while men could be a more difficult sell when the vendor doesn’t have a longstanding track record or industry reputation. “I think [this study shows] that women look at things more on balance, and are more willing to take a risk,” says Nardin.

Just as women can be known for their relentless pursuit to find the best deal on personal items, they are also determined to pay the lowest possible price for a product they purchase on behalf of their company. The study showed that, for a $300,000 technology purchase expected to save their company $1 million, most men expected to pay $270,000, while women pushed to pay $230,000 – almost 20 percent below their male counterparts.

Notes Lori Richardson: “It’s interesting that the study shows women will offer less in a buying situation.  It’s smart – and women should take this strategy and apply it to our salaries, which continue to trend lower than our male counterparts.”

The bottom line is that salespeople should be aware that women will push for the price they think is fair, so have a counter-strategy at the ready.

Another finding of the study: In purchasing decisions evaluated by a committee, men are more likely to push for a specific vendor if they believe that product will be most beneficial to the company. To get the outcome they want, men are more likely to use their political skills, whereas women more often try to put politics aside.

So how can a salesperson deal with a committee in which different members may have conflicting agendas? Says Jill Konrath, “If you look at B2B decisions today, a huge percentage stall out because it’s so hard to get people to agree. There’s a big opportunity for a salesperson to look at that phase of the decision and say, ‘How can I help everyone to move forward?’” This requires understanding the organization at multiple levels, and knowing as many players as well as possible. Fortunately, this kind of data is now available at sales teams’ fingertips through a variety of tools.

The study also found that female buyers tend to work with salespeople who make them feel comfortable, and they generally prefer to avoid conflict. Nardin believes there are specific reasons for both: “Women are emotionally intelligent,” she says, “and we’re used to having to control situations in our everyday lives. But we don’t want to have to do that with a salesperson. We want to be sold to by someone who we truly believe is concerned about meeting our long-term interests.”

Nardin points out that 58 percent of the men surveyed said they avoid conflict, as well, compared to the 76 percent of female respondents. She commented: “I don’t think anyone really likes conflict – and we don’t want to deal with it in the workplace if we don’t have to, because we deal a lot with it in life.” In light of this, Richardson’s advice to salespeople is: Make sure you truly add value, and don’t be too pushy or aggressive.

So, while the data shows there may be differences in the way men and women engage throughout the purchasing process, perhaps most enlightening of all is that all our sales experts agreed that salespeople don’t ever have the luxury of making blanket generalizations, and must strive to keep an open mind about differences in each sales prospect, regardless of gender. At the same time, sales professionals should try to inform their sales approach with as much hard data and facts as they can find, in order to make strategic decisions and – perhaps ironically – temper their own biases.

Because, as Konrath notes, when you’re selling, “anything that sheds light on how people are different than you is always important.” 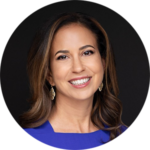 Today’s post is by Katie Bullard, CGO of DiscoverOrg.