“SPIFFs are dangerous,” says Joseph DiMisa, a senior VP with Sibson Consulting. “There’s a need for them, but they’re dangerous.”

Dangerous? SPIFFs? The sales performance incentive funds that light a fire under salespeople so they move extra inventory, boost new products, or even spend some quality time with the CRM?  Those SPIFFs?

Yes, those SPIFFs, says DiMisa. At Xactly’s CompCloud user conference last month in San Francisco, he and other panelists elaborated on the downside of special incentives. The danger he sees is twofold:

Shawn Rossi of Mercer warns that SPIFFs can easily become a distraction and the ROI is fuzzy at best. When you figure in the cost and effort of getting the word out and running the programs, “It becomes a question of whether it’s worth it,” he said.

Yet another issue, says SalesGlobe’s Mark Donnolo, is that over-reliance on SPIFFs creates behaviors you don’t want. He likens it to Macy’s One Day Sales: everyone knows they’re coming sooner or later, so they plan around them to get the biggest payoff.

Clearly, there are plenty of pitfalls to watch out for when considering SPIFFs. But remember the other half of DiMisa’s statement: there’s a need for them. Pitfalls aside, SPIFFs do have their place and can be effective when implemented with care.

Here are some best practices to keep in mind for successful SPIFFs:

Chad Albrecht of ZS Associates says following these guidelines will allow SPIFFs “to serve their purpose, which is a short-term gain or win based on a particular focus that you want to drive. Don’t overwhelm your sales-incentive plan.” 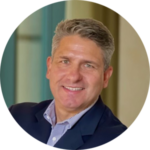