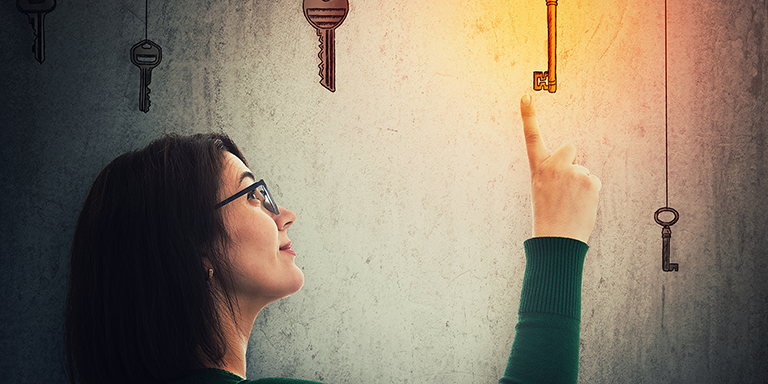 Every year over the recent past, U.S. companies have doled out $800 billion on sales force incentives. And what have they gotten in return? These incentives are supposed to motivate the sales force – the whole sales force. But most of the incentives end up filling the coffers of the top performers, leaving the middle and lower ends of the team wondering what happened to their incentives.

The perfect incentive structure should comprise the right combination of targets and rewards that would keep everyone in the sales force motivated. However, sales forces consist of various individuals who differ substantially in their preferences and needs. Each rep is unique and responds to different sets of steering mechanisms. For instance, evidence indicates that some salespeople are motivated by high bonus levels, while others may prefer multi-tiered targets. Thus, in theory, tailoring incentives to every individual would be the perfect way to motivate each salesperson.

However, we do not see such fine-grained customization of incentive structures in practice. Mainly to avoid the cost, complexity, and fairness issues associated with incentive customization, most companies today rely on simple one-size-fits-all approaches to sales force incentivizing – offering identical incentives to all the members of their sales force.

Moreover, most companies today follow a top-down approach to incentivizing and assign these identical incentives to their salespeople, with management as the sole decision maker regarding the incentive structure. This leaves the salespeople with nothing to say and may lead to a ho-hum attitude and a lack of commitment to incentives. Thus, it’s not surprising that salespeople complain about their incentives when management sets unrealistic sales goals.

To test this concept, we employed it across different industries and different geographies, with more than 10,000 salespeople, and found that self-selected incentives indeed outperform assigned incentives by up to 25%.

How It Works
Our self-selected incentive scheme has three key features that leverage each of the three core mechanisms propounded by the goal setting theory.

The third feature – all or nothing – strictly adheres to one principle: the salespeople receive their rewards only when they fully achieve the selected goal.

An Example
Collaborating with an American automotive company, we presented their sales managers with three individualized goal/reward combinations based on their past performance. The employees were given the option to choose any one of the three combinations. They were strictly informed about adhering to three ground rules:

Table 1: Simple Illustration of the Self-Selected Incentive Scheme (baseline = the average of the individual salesperson’s sales over the past three months)

Hopefully, you have already noticed that the reward increases rapidly as the goal difficulty increases. If the easiest target awards the achievers with $1,000, the medium goal awards double. Subsequently, the toughest goal rewards $5,000, which is more than the double the previous goal level. This accelerated relationship of goals and rewards makes the higher goal levels more lucrative – discouraging salespeople from selecting a target that is lower than they are capable of achieving, thus motivating them to select a higher and riskier goal. Since the all-or-nothing factor is at play, the salespeople optimize their performance so they do not end up empty-handed.

Summing Up
We worked with numerous firms to implement our self-selected incentive scheme and received promising results. For instance, a telecommunications firm, which shifted to a self-selected incentive scheme, observed a 25% increase in performance. In a completely different sales context, an automobile manufacturer observed a 10 percent increase in performance. The self-selected scheme has been tried and tested across multiple firms with employees of different hierarchical levels. Overall, more than 10,000 salespeople participated in our projects, and the performance improvement has been in the range of 10-25%.

Our research ascertains that salespeople respond well to self-selected incentive schemes; and, in doing so, it paves the path for companies to develop their own incentive structures in a similar direction. We recommend companies keenly observe and understand their sales force, design the goal/reward combinations accordingly, and let their salespeople self-select a combination that matches individual preferences.

However, one medicine cannot cure all diseases; likewise, one plan may not fit all situations and solve all problems. Nevertheless, our self-selected incentive scheme can be the basis to the genesis of more customized incentive schemes for many organizations.

Data-Driven Salespeople are the Key to Growing Your Sales Funnel