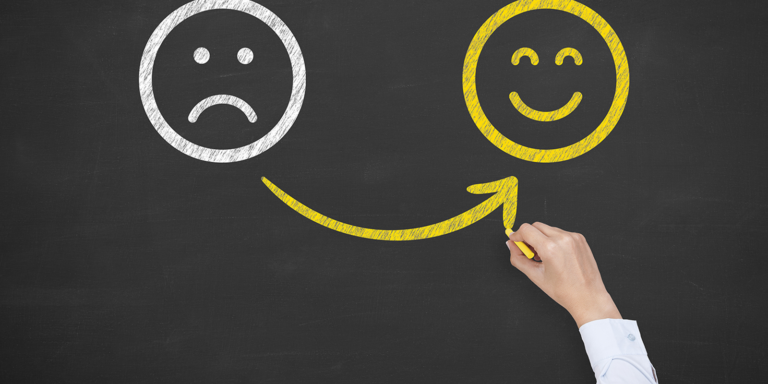 Salespeople are always looking to close the deal. If they weren’t, they wouldn’t be in sales very long. We judge our effectiveness and calculate our value by the number of times we hear yes in a week, month, or year.

So why should we consider no to be a positive response?

1. It’s Better than “Maybe”
If a prospect does respond to your pitch or proposal, there are three potential outcomes: yes, no, and maybe.

Of these three, “maybe” is the absolute worst.

“Maybe” has the power to string you along because it’s open ended; it leaves a glimmer of hope on the table. The prospect may make offers like, “Try me again in a few months,” or, “I’ll look at what you have; just leave it with me.”

It keeps them on your call list, so you create a follow-up task and repeatedly check on them, yearning for a chance to flip their answer in your favor. But think about it for a minute – how often do you successfully close one of these maybes? The problem is, while you don’t have a rejection, you also don’t have a deal. It’s easy to get lost in this hope and spend much more time on a sale than you should.

In many cases, the prospect really meant (but just didn’t want to say) no. That may have been to avoid hurting your feelings or because they felt uncomfortable rejecting your offer for some reason. If you keep unintentionally putting them in that uncomfortable situation, however, over time they will start to see you as pushy or intolerable – and become even less likely to close.

To me, it’s always better to push for a definitive answer – whether yes or no – as quickly as possible. If you continue to receive maybes from your prospects, stop accepting them or you’ll risk extending your sales cycle in exchange for negligible results.

2. It’s a Clue to the Actual Objection
“No” is also a great response because it provides some insight into a real objection. The more you know, the more effective you’ll be the next time. Think about the last time you sold something. Was it a completely smooth process – a transaction that took place without questions, concerns, or hesitation?

My guess is that it wasn’t smooth. A sales department doesn’t exist without objections. Without questions or objections, you don’t need sales professionals; you just need a shopping basket on your Website.

It sounds counter-intuitive but, if someone responds with a no, it may indicate that, while they have some interest, they’re not interested at that price or within that time frame. How can that be? Well, for starters, they could have just ignored you. Don’t hesitate to ask them why they are choosing to ignore this opportunity you’ve presented. Listen to the actual objection. What motivated them to reject this? Don’t alienate them by bulldozing their concerns with your ready-made counter-argument. This central conflict may be the source of the answer that drives you forward – if not with this prospect, then perhaps the next.

In the spirit of “you learn more from your failures than your successes,” you should take the time to listen to your prospect, validate their concerns, and help them get it all on the table. While articulating their objection, they may reveal more than they had intended, they may talk themselves into it, or they may provide you with an inroad that had not been apparent before.

3. Focus on Genuine Upside
Another great thing about a hard no is that it gives you the freedom to let go and move on to the next lead without looking back.

As John Barrows, one of my favorite sales trainers, is fond of saying: “The worst sin in sales is not to lose a deal. It’s to take a long time to lose a deal.” If a prospect is a dead end, you should try to figure that out as quickly as possible.

4. It Makes You Stronger
The fear of rejection is often what sets apart the good salesperson from the great. If you live in fear of the word “no,” you’ll make decisions that avoid it. You’ll embrace “maybe” as a better alternative to rejection and, as a result, you’ll close fewer deals. You may even hesitate to pick up the phone at all.

A real salesperson does not attach self-worth to rejection. You can’t do that and survive in sales, because – no matter who you are – you’ll lose a lot more than you win. Losing is a necessary part of the sales process, and it is not personal.

So, how do you get more nos? Here are two tips on getting an earlier no from your prospect.
First, tell them it’s OK to say no from the beginning. A lot of your prospects will give you the “maybe” response out of fear – they don’t know when or if it’s the acceptable moment to object, so, out of discomfort, they simply don’t. Instead of this awkward limbo and a delayed response asking you to come back later, give them the opportunity to opt out earlier. Let them know that, if they realize you aren’t what they need at any point during your interactions, that it’s OK to stop you and let you know.

Second, ask for the answer. The art of the close is just that: an art. You can’t ask too soon or too late. A major problem with deal closing is that some salespeople are afraid to directly ask for the sale. They don’t want to appear pushy, so they don’t ask prospects whether they are ready to move forward. Try asking for the sale. Go all out and employ the assumptive close: “So, when should we plan this installation?”

No matter your style, you’ll eventually get either yes or no – hopefully quickly. Keep in mind that an objection could be a starting point for further discussion. And remember: It’s a lot better than “maybe.”

Sean Persha is vice president of Sales at DaySmart Software.

Employee Recruitment and Retention During The Great Resignation