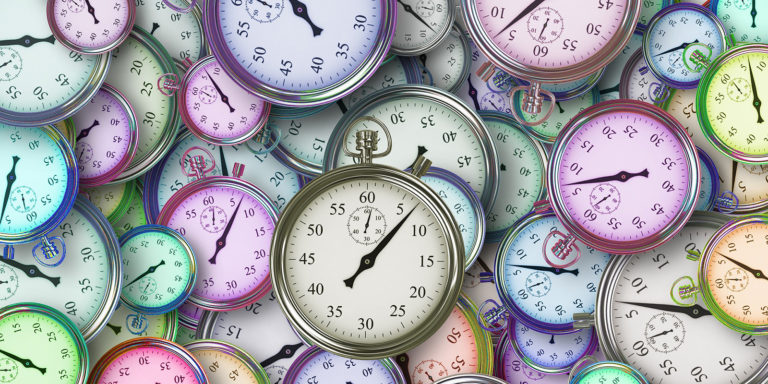 We all do things every day based on habit.

Brush your teeth first thing in the morning? Habit.

Silence your phone before you go to bed? Habit.

Habits are behaviors repeated at specific times – largely automatically. In fact, you probably don’t even realize you’re doing some of these things. When this happens, it’s called “effortless processing,” and it happens more often than you think. A Duke University study found that 45 percent of all our daily behaviors are automatic.

In sales, habits are prevalent, powerful determinants of success. Effective sales coaches are masters of habit. They understand

Because people live by routines, habits can be difficult to change. To do anything different requires the switch from effortless to effortful processing, which involves conscious effort.

When anyone tries to form a new habit – working out, eating healthy, changing work routines – it can feel like it requires a superhuman effort. That’s the effortful processing. Over time, it doesn’t take as much effort; eventually, it becomes close to automatic (or effortless).

Time Needed to Form a New Habit
How long does it take to make a new behavior feel effortless? Conventional wisdom says this takes, on average, 21 days. But, according to researcher Phillippa Lally’s study published in the European Journal of Social Psychology, the 21-day rule of thumb is way off.

In fact, the average is 66 days. And, depending on the complexity of the task, it can take up to 254 days to make a behavior automatic. 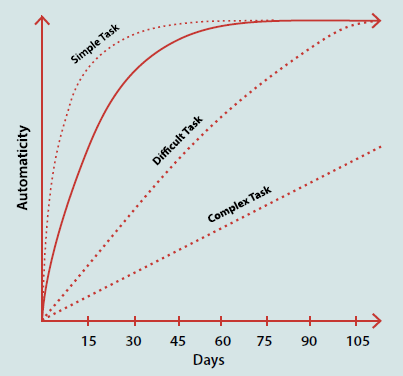 Sales coaches worth their salt know this and are instrumental in changing seller behaviors from “new” and difficult to effortless.

Executing in the Zone
Along with developing habits that allow sellers to succeed, sales coaches help sellers get in the zone.

“Execute” is one of the Five Roles of High-Performing Sales Coaches.

When sellers are in the zone (also called “flow”), they’re completely immersed in an activity, have no distractions, and are incredibly productive. The zone isn’t a new concept. It’s common in sports, music, research, and other fields where deep focus and pursuit of excellence is critical.

Fortunately, getting in the zone isn’t difficult, but it takes discipline. Not all salespeople are known for discipline, but that’s why they have coaches.

It’s not my intent to describe how coaches help sellers get in the zone (you can learn about it in The 9 Habits of Extreme Productivity eBook).

It is, however, critical to point out that, without sales coaches, sellers can float from activity to activity in a somewhat distracted state. When coaches help them bear down and focus on one activity – and get in the zone on that activity – their production and results increase greatly.

Great sales coaches help sellers execute by helping them focus on the best activities, develop winning habits, and get in the zone when they work.

Mike Schultz is a bestselling author of Rainmaking Conversations and Insight Selling, director of the RAIN Group Center for Sales Research, and president of RAIN Group, a global sales training and performance improvement company.

Where Do We Go From Here? Best Practices for Leading Virtual Sales Teams

How to Create Trust with Customers