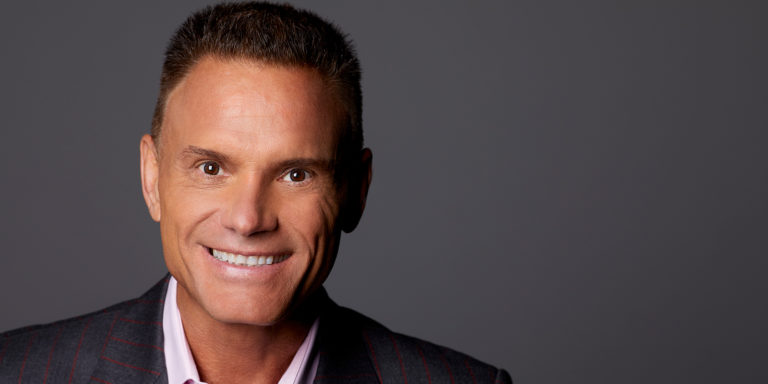 If you want to hang around Kevin Harrington, you have to be fast – move fast, think fast, talk fast. The man Entrepreneur magazine once called one of the top entrepreneurs of our time is constantly going places, juggling calls, juggling ideas. Most people know him as one of the original “sharks” on the hit TV show Shark Tank. But Harrington has one of those “that was him?” backgrounds, which means you know more about him than you think.

For instance, this is the man who created the infomercial. That’s right – those late-night, 30-minute product pitches we all love to hate? That was Harrington’s brainchild. He also pioneered the As Seen on TV brand. His work behind the scenes of business ventures has launched more than 500 products – many of which, like Ginsu Knives, are household names. Twenty of his companies have topped $100 million in revenue.

You get the picture. Speaker, consultant, investor – this is a man who oozes success. He’s also a man who gives credit where credit is due. He is quick to point out that he never would have achieved his current level of success without the wisdom of many advisors to guide him over the years. At any given time, he has about five mentors on his payroll in order to keep improving himself. And he credits sales guru Zig Ziglar, who he first encountered as a teen, with the ideas that drove some of his most successful business ventures.

Two Ziglar ideas have been foundational for Harrington over his more than four decades in sales. In See You at the Top, Ziglar observed: “People who fail reaching their dream, fail not from lack of ability – but from lack of commitment.” In Secrets of Closing the Sale, he wrote: “You can get everything in life you want if you will just help enough other people get what they want.” When Harrington read those phrases, something clicked. He put them together, deciding he would be fully committed to helping other people get what they want. And, just as Ziglar promised, Harrington has gotten everything he wanted as a result of it.

Early Lessons in Selling
Harrington, the son of an entrepreneur and the fourth of six children, learned early on that, if he wanted things, he needed to earn the money to pay for them. He started selling newspapers on the streets of Cincinnati at age 9. At 11, he started reading business books, attending restaurant trade shows with his dad, and learning everything he could about business. At 15, he started his own company – an asphalt sealing operation that fixed cracked driveways. He didn’t know anything about asphalt sealing but he knew a thing or two about numbers – and these looked good.

“You could buy the sealer for 50 cents a gallon and charge $100 a driveway. So, just $10 for the cost of goods, plus labor,” says Harrington. “I had to hire someone who was 16 to drive the truck because I was too young to drive.”

This is where Harrington started learning real-world sales skills. He’d knock on doors and face homeowners who were skeptical that a 15-year-old could do anything worth paying him $100. “So I’d tell them how I did the driveway two doors down from theirs and I’d show them before-and-after pictures and they’d call their neighbor to check – and boom! I’d sell a whole neighborhood like this,” he says. “I called it Magical Transformation.”

When the Magical Transformation approach failed, Harrington would ask for a minute of the homeowner’s time to show them the cracks in their driveway. Most were stunned by this question. What cracks? they’d ask. “I’d show them,” says Harrington, “and I’d explain that, when water gets in there and freezes, it expands and, by spring, the cracks will be three times as big. They’d say, ‘Oh my gosh. When can you seal it?’” Bam – another sale.

Not surprisingly, the driveway sealing business was highly successful. But Harrington has never been one to rest on success. He is always looking forward – looking for smarter, better ways to do business. When he read Ziglar’s advice to think bigger and longer term, he re-examined his asphalt company with fresh eyes. “It was a mindset shift,” says Harrington. “I realized I only had a summer business and I wanted something year-round. I asked myself, What’s year-round? Oh! Heating and air conditioning! So I started a heating and air conditioning company right out of high school.”

This was 1975, before the days of licensing – when anyone could get into the business. Harrington bought lists of new homeowners and he’d call them and say, “Congratulations on the purchase of your home. Would you like a free safety check and cleaning of your furnace?” Most would gladly take him up on the offer. And, after the work was complete, the technician would say something like, “You just invested all this money in your home but you don’t have central heat and air conditioning? Let me give you a price on that.” And that’s how Harrington built his business. Not even a year out of high school, he was running a company that operated six trucks, employed 25 people, and brought in a million dollars a year. But he was just getting started.

Bigger and Bigger
Harrington was headed straight up. In the early 1980s – flush from his success with the heating and cooling company – he invested $25,000 and launched Quantum International, which grew into a $500-million-a-year business on the New York Stock Exchange. He also discovered a knack for leveraging underutilized assets. While watching the Discovery Channel one night, he realized nothing was being shown after normal broadcast hours. Long story short: He struck a deal with Discovery to use those hours for what came to be known as the infomercial. Eventually, he formed a joint venture with the Home Shopping Network, called HSN Direct, which grew to hundreds of millions in sales.

Here, too, Harrington traces his success to Ziglar’s influence. “We were selling the Ginsu Knife set – selling a couple knives for $20 – but 50 percent of the people who called didn’t order,” remembers Harrington. “We called them back and asked why they didn’t buy. They told us, ‘We asked ourselves: two knives for $20 – was it really worth it?’”

Harrington recalled something he’d read in Secrets of Closing the Sale. “Ziglar said that, if the value is below the selling price, you’ll have a tough time making a sale. You have to bring the value above the selling price,” says Harrington. “So we added, ‘But wait! There’s more! We’ll throw in six paring knives,’ et cetera. Once we went to a value-stack sale, we went to 80 percent close and went all over the world. After that, people were bringing their products, their ideas, and it created a global business.”

It also created a global catchphrase. The line “But wait! There’s more!” not only became an infomercial icon; it become synonymous with infomercials themselves.

Harrington was making deals around the world – and leveraging the brilliance of Ziglar to get them done. He recalls flying to Saudi Arabia in the early 1990s to try to sell infomercial content to a sheik who owned five TV channels. “I’m super nervous, wondering how I’m going to close the sale,” says Harrington. “But I’m reading one of Zig’s books and I put all his closes on three-by-five cards so I could flip through them to see if there is one that is right for this sale. I come across Fear of Loss.”

Bingo
Harrington goes in to meet the sheik, shakes his hand, and – after the initial pleasantries – he goes straight to his Fear of Loss close. Harrington tells the sheik: “I want to disclose one thing to you because I don’t want to get to the end of the meeting and have it be a deal-breaker. I want you to know I’ve also been talking to [your competitor] as I want to make sure I have the right partner for this venture.”

With those two sentences, the deal was done. “The sheik pulled in his CFO and other key players and they spent their time selling me on why I shouldn’t partner with their competitor and why they should be the one to invest in my business idea,” says Harrington. “They contributed $25 million in financing. We launched the business with 75 employees and built a huge business there – all because the sheik’s fear of loss had been so strong.”

Resurrecting Ziglar
Harrington’s life is chock-full of stories like these – stories of great deals, smart closes. In every one, he can see Ziglar’s influence. When Ziglar died in 2012, Harrington – like millions of others – felt a sense of loss. But he also sensed a powerful opportunity. He knew there was material in the Ziglar vault that had never been publicly released – material Ziglar had developed while writing Secrets of Closing the Sale but had not included in the book.

“There were thousands of tapes he recorded and one video he did for a private group. It was dozens of hours of amazing new content,” marvels Harrington. His keen eye for leveraging underutilized assets instantly spotted a way to bring the brilliance of Ziglar to a new generation of sellers.

Working in partnership with the Ziglar family and Mark Timm, executive vice president of Ziglar, Inc., Harrington mined the unpublished content to create a training program he calls Master Class. The program will mostly be Internet-based and combines the new content from Ziglar with Harrington’s own experiences – Shark Tank stories, things he has learned in sales, how he has applied Ziglar’s techniques – to teach a new generation of sellers how to win. “It’s basically all video,” he explains. “We digitized it and brought the quality way up. I usually introduce the segments, talking about Zig’s thoughts and how I applied them to a specific selling situation. Then I’ll say ‘Let’s hear from the master’ and flip to him.”

Sometimes “flipping to him” means playing from Ziglar’s video content. At live events, it can also mean interacting with the master himself using a hologram of Ziglar. “I discovered that millennials don’t know Zig Ziglar,” says Harrington. “They don’t know who he is, what he does – they haven’t listened to him, read him, seen him. I wanted to bring him back to the future so younger people could get to know him. What better way to do that than to have him pop up?”

The initiative is pure Harrington and pure Ziglar as it’s all about helping others succeed in a way that resonates with them. “In today’s world, there is no lack of information – but there is a lack of information people trust,” says Harrington. “Zig Ziglar was a master that millions of people trusted. This classic but newly released content is sure to help millions more.” 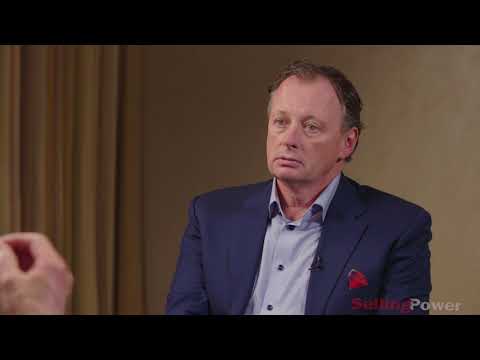 The Spiritual Aspect of B2B Selling