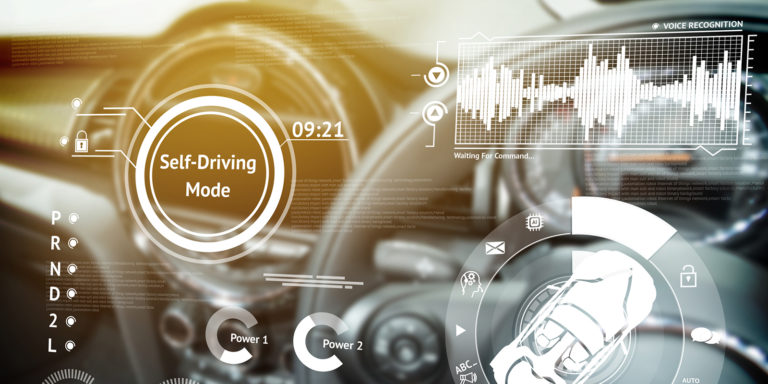 Imagine this: The time wasted while driving to prospect sites can be converted into highly productive office time. Reps could communicate by phone, fax, email, or even Web conferences; do research on the Web; prepare presentations; or run business-case simulations – in the car.

Science fiction, you say? Well, no. It isn’t. Because safer, smarter road time is coming to a salesperson near you.

This is all going to happen as sales reps – along with all other drivers – move to autonomous vehicles, or AVs for short.

What exactly is an AV? It’s a car with a bunch of sensors: GPS, odometers to refine GPS, ultrasonics for seeing close-in objects, radar to spot other vehicles, video cameras to read traffic signs, and something called LIDAR that monitors surrounding conditions. Data from these sensors is used by a computer (which need be no bigger than a laptop) to drive the car.

AVs have five levels of automation:

We’re moving down the road quickly toward Levels 4 and 5. Forty-five U.S. states have some regulations allowing testing of AVs, and the U.S. Congress is debating a law to encourage their development. The aim is safety. Driver error causes or contributes to 94 percent of U.S. accidents.

AVs are not perfect yet, but results are encouraging. California has licensed more than 50 firms – including famous automakers, IT giants, and little-known start-ups – to test AVs. So far, there have been 56 accidents – mostly minor. Bernard Soriano, deputy director of the California Department of Motor Vehicles, says the typical accident happens when an AV slows for a yellow traffic light and is rear-ended by the driver behind the AV.

The move toward AVs is global. Japan has 36 test sites underway and plans to have Level 3 automated steering on expressways in 2020 – and full Level 4 automation on expressways by 2025. Takao Onoda, who is running the project, says he wants to eliminate Japan’s 3,700 yearly traffic accidents, plus give the elderly and disabled more mobility.

Costs are an issue. All those high-tech sensors make current AVs very expensive. That’s why the plan is to introduce AVs first into ride-sharing services like Uber, where costs can be spread over many riders and will be offset by the elimination of drivers. But Hilary Cain, director of technology and innovation at Toyota, says that – as volume grows – the aim will be to get costs down to levels middle-class families could afford as much as they could any new car.

So how long will the transformation take? Soriano points out it took 13 years for New York City to go from 95 percent horses and carriages on its streets to 95 percent horseless carriages. That’s not a bad rough estimate of how long it will take to eliminate wasteful (and at times dangerous) windshield time.

There are questions about cost, timing, and exactly what kind of AVs, but the basic direction is clear. This is coming. And, for reps who still like to meet face to face with prospects and customers, it will be easier, more efficient, and much less of a hassle.

Henry Canaday writes on a number of topics including economics and future trends.