The more your audience is engaged, the more persuasive you will be, says Kurt Mortensen in his book, Maximum Influence: The 12 Universal Laws of Power Persuasion (AMACOM, 2004). Whether you’re asking your team to adopt a new sales process, trying to motivate them for a challenging year, or urging them to accept organizational change, your objective is to persuade. And, “as a Master Persuader, your goal is to decrease the distance someone has to go to reach your objective,” writes Mortensen, one of the country’s leading authorities on motivation and influence. “The more involved they become, the less psychological distance between the start and the finish.” Here are Mortensen’s tips on involving your audience at your next sales meeting:

Increase participation. Game show hosts like Bob Barker and Monty Hall have long known the lure of audience participation. Get your attendees involved by asking for suggestions, role-playing, leading them in visualization, or having them change their positions or simply raise their hands in response to a question. These techniques create ownership, says Mortensen. “By nature, people will support what they help create,” he writes.

Create atmosphere. “Atmosphere is really just a state of mind that you create,” says Mortensen. He suggests using all the senses you can to create the atmosphere you desire. Think about elements like music, aroma, tension (or relaxation), and hands-on experience to increase their level of engagement.

Maintain attention. Grabbing your audience’s attention isn’t enough – you need to hold on to it, reminds Mortensen. Since it’s natural for minds to drift, you must constantly draw their attention back again. Try these methods: Ask questions, present new and innovative ideas, cite experts or statistics, make startling statements, provide examples, use different tools (overheads, music, handouts, etc.), and give tips or shortcuts.

Generate competition. Most humans – particularly salespeople! – are competitive beings. If you set something up as a contest or competition, people want to be involved, says Mortensen. Use competition to create rivalry between different groups and focus everyone’s attention where you want it. While you can create contests where attendees compete against themselves or in different groups, Mortensen says the most effective technique is to get the whole group working together against an outside foe. “When you can create a unity of competition against an enemy, you will see more energy, teamwork, and motivation toward the goal,” he says. Have your group compete against “last week’s audience,” or “last year’s group.”

How to Successfully Motivate Your Sales Team in 2020 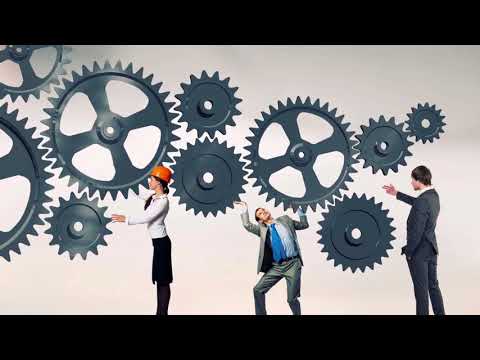 Winning Tips to Get You to the Decision Maker Quickly