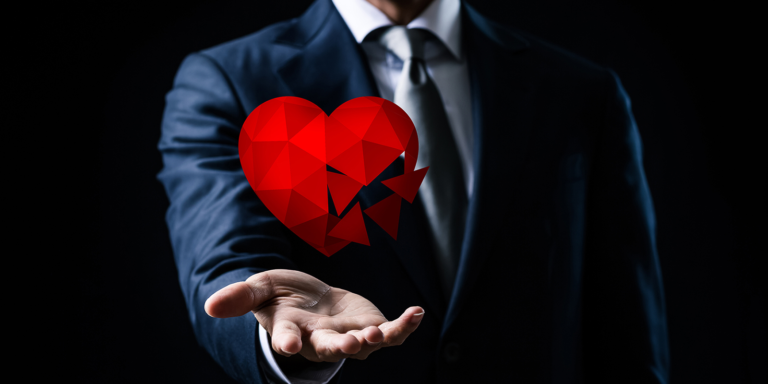 Sales skills are among the most mysterious of human abilities. Closers come in all types. Some are shy – even introverted. Some are extroverted. Some work day and night, while others are called “lazy.” Yet most people believe they have one thing in common – empathy. Recent findings in neuroscience, however, prove this wrong.

German social neuroscientists Tania Singer and Anita Tusche published a watershed article in the 2013 Neuroeconomics reference textbook, where they established a difference between two capabilities: empathy and theory of mind (also called “mentalizing”).

As they define the terms, “‘empathy’ refers to the ability to share the feelings of others,” whereas, ‘theory of mind’ (ToM) or ‘mentalizing’ describes the capacity to infer and to represent another person’s intentions, desires, or beliefs.”

It turns out that the latter is more critical to the world of sales than the former.

To understand why, it’s useful to represent sales in the context of game theory, where two or more individuals interact to optimize their economic interest.

As the authors observe, “Generally, the study of economic decision making in the context of game theory is based on the assumption that people can predict other people’s actions when they understand their motivations, preferences, and beliefs…However, economists still know little about (and have been classically uninterested in) the mechanisms that enable people to put themselves into other people’s shoes. Social neuroscientists and neuroeconomists have, thus, focused on clarifying the neural mechanisms underlying our capacity to represent others’ intentions, beliefs, and desires (referred to variously as ‘theory of mind’) […as opposed to our capacity] to share others’ feelings (referred to as ‘empathy’).”

This research has led to some stunning conclusions: Theory of mind and empathy likely use two completely different brain circuits.

According to the Neuroeconomics article authors, the preliminary evidence suggests that “mentalizing and empathizing are actually two distinct abilities that rely on distinct neural circuitries. For example, patients with autistic spectrum disorders often have deficits in cognitive perspective taking, while psychopaths are very good at understanding other people’s intentions and consequently at manipulating other people’s behavior. In contrast, psychopaths lack empathy, but not theory of mind, which may be the reason for their antisocial behavior.”

To put it plainly: To be good at sales, you have to understand and take into account people’s emotions, but you do not need to be affected by these emotions.

If you have any doubt, here’s a mental exercise for you: Steve Jobs managed to convince the notoriously difficult Telecom operators to partner with him and change the world of phones.

Jobs was also known to insult his own employees, was taken to court to accept his daughter’s paternity and once chewed out an old lady at Whole Foods because he didn’t like how she was making his smoothie. On a 1 to 10 scale, how would you rate his empathy?

You get my point. If empathy were the key talent of salespeople, your Auntie Mary would be a millionaire, and Steve Jobs would have ended his life assembling PC boards in his garage.

So the next time one of your salespeople doesn’t get all worked up when a customer is upset or stressed or nervous about next quarter’s revenue numbers, applaud and wait for the next sale to close.

Nicolas Vandenberghe is CEO and co-founder of Chili Piper.

A Creative Prospecting Tactic that Gets Appointments