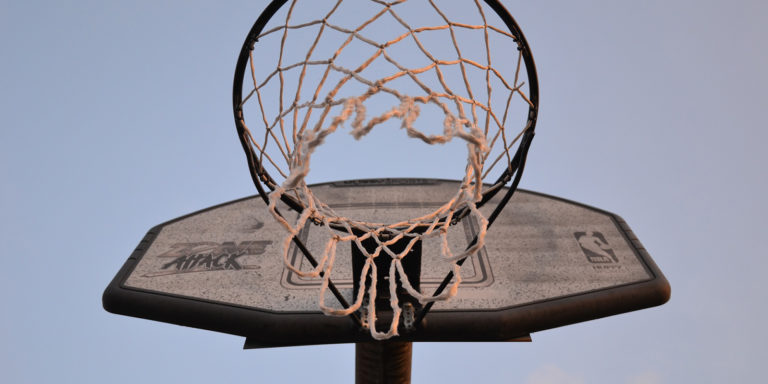 Nine years ago, LeBron James made “The Decision.” He took his talents from Cleveland to South Beach, and the NBA changed forever.

The league’s offseason is a modern-day “Wild Wild West.” Dynasties are formed, draft picks are tossed around, and super teams form overnight. From trades out of the blue to record-setting free agency deals, our beloved superstars swap teams and join forces with one another faster than we can keep up.

We love the twists and turns and the water-cooler conversations about who will be the favorite to win the championship next year. But what’s equally fascinating are the answers to questions like, “How in the world will Kawhi Leonard, Paul George, LeBron James, Anthony Davis, and DeMarcus Cousins all be playing their home games in Staples Center in Los Angeles next season?”

The best way to view how franchises like the Los Angeles Lakers and Clippers can go from pretenders to contenders in a blink of the eye is by looking a little bit closer at what happened behind the scenes.

The lessons from each of these examples are applicable to your everyday business interactions – and especially in any major negotiation or deal setting you may find yourself in.

The Lakers
Whether you’re an all-star seeking a big move or a global franchise wanting to make a push for a championship, you must look ahead. When championships and hundreds of millions of dollars are on the line, an ounce of foresight is worth LeBron’s weight in gold.

Both parties involved in a deal of this magnitude don’t just wake up one morning and make it happen. They identify their goal, assess their current situations, determine the appropriate time to make something happen, understand the steps to take, and then begin to build toward that plan. Easy, right?

Situation: When the Lakers signed LeBron James last year, they knew there weren’t too many other superstars out there with a strong likelihood of being able to join him, so they filled their roster with one-year contracts. This allowed them to have a large chunk of their cap space available this summer, which was full of superstar free agents and others with expiring contracts on franchises that would be foolish to not offload them for value. In other words, they set themselves up for success by planning a temporary situation from which they could capitalize.

Lesson: Smart preparation builds the groundwork and provides a roadmap toward actualizing a deal of this magnitude.

The key here? Communication. If you want something to occur, you must be on the same page as the other party. Open the dialogue, be clear in your goal and objective, listen to their input and concerns, and build from there.  Additionally, in big deals such as these, trust is everything. Keep the information you want (or need) close to your chest and share with only those who need to know it.

Situation: Kawhi Leonard’s one-year deal with the Raptors expired after he brought a championship to Toronto, and everyone was talking about where he’d wind up next. Experts took their best guesses at what jersey he’d be pulling on next year, but Kawhi kept his cards close until the very last minute.

Result: Kawhi signed with the Los Angeles Clippers, the team third-favorite for his signature, and fellow superstar Paul George joined him: a complete surprise to everyone – everyone except Kawhi and the Clippers organization.

Lesson: The value of keeping your cards close and your relationships closer allowed a blockbuster deal to come together smoothly and beyond the spotlight.

The Takeaway
Grand decisions do not happen overnight; they require thoughtfulness, communication, and trust. Remember that the next time you try to trade for an NBA All-Star or, perhaps more realistically, attempt to expand your business.

Andres Lares is the managing partner of Shapiro Negotiations Institute and professor at Johns Hopkins University, where he teaches a highly sought-after course on sports negotiation. Connect with him on LinkedIn.