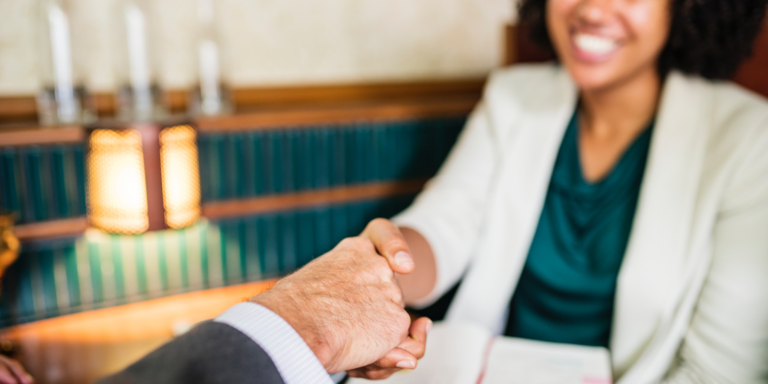 Do you know the five basic styles of negotiation?

Once you can identify these styles, you can assess any negotiation to see where you are in the process and figure out how you can leave feeling satisfied with the result. 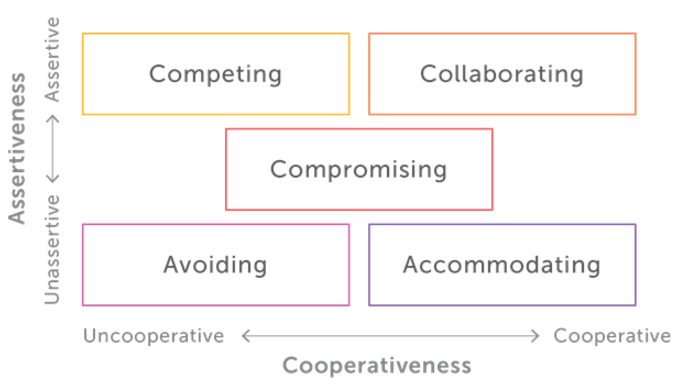 According to behavioral scientists Kenneth Thomas and Ralph Kilmann, conflicts exist on a spectrum. Negotiations exist within this spectrum.

As you can see in the graphic above, one axis of the spectrum measures assertiveness; the second measures cooperation. The five common styles of conflict exist in specific places on the spectrum.

Here’s how the styles and spectrum work in combination, illustrated by sports examples.

Style #1: Competing
The competing style is simultaneously assertive and uncooperative.  Neither party wants to work together. Personal gains are the sole focus and priority of each party.

Example: The Le’Veon Bell era for the Pittsburgh Steelers ended this off-season with both sides competing for their own interests. Bell left for the New York Jets, signing a four-year deal, guaranteeing him $35 million ($13 million less than if he had re-signed with Pittsburgh). The Steelers, while they opened cap space, lost an All-Pro running back.

Style #2: Collaborating
The collaborating style blends assertiveness with cooperation. Both parties enter this negotiation with an open mind and a willingness to find the greatest value for one another.

Example: Tom Brady and The New England Patriots are commonly described as an NFL Dynasty, thanks largely to the collaborative nature of both parties. When it comes to re-structuring Brady’s contract, both sides benefit.

Style #3: Compromising
Compromisers are both moderately assertive and moderately cooperative. When parties want to avoid conflict, they might pursue a quick resolution; but a slight gain on all sides can also leave a mutual feeling of disappointment or loss.

Example: Owners of the Major League Soccer team the Columbus Crew wanted to leave Ohio for Austin, Texas. But fans fought back, so the owners stayed. In turn, the MLS decided to create a team in Texas anyway, and the Crew stayed put.

Style #4: Avoiding
Avoidant negotiators are unassertive and uncooperative. In this engagement, someone does not want to participate. They stay away from discussions, use delay tactics, or give in quickly – usually leading to unresolved tensions that often re-emerge later.

Example: Every year NFL teams make the decision to “franchise tag” players on their roster. This means they put long-term contract talks on hold, while retaining the services of the player – ultimately avoiding the inevitable negotiation. This often leads to resentment on the part of the player who, while still getting paid a higher salary for another year, views his long-term career as unsettled and uncertain, and may feel his choices are out of his control.

Style #5: Accommodating
Accommodating negotiators are unassertive but cooperative. In many cases, one party has more power or authority. With this imbalance, the negotiation is lopsided, and one side tends to give up more in order to make the deal work.

Example: For some, the dream of playing in the NBA never dies. Franchises thrive on this dream and take advantage of league-allowed 10-day contracts to fill roster spots cheaply. The dreamers have little choice but to accept the offer.

How to Negotiate the Sale
Let’s examine how to negotiate in three selling scenarios using an awareness of the five styles of negotiation.

Contract Renewals
For contract renewals, start by asking yourself these questions:

Easy or Collaborative Customers
If you have a good rapport and you’re confident you can meet expectations, don’t settle for a compromise and the status quo. Think about how you can expand the pie for both of you. Perhaps there are additional service areas you could explore. Maybe you could entertain a lower baseline fee, but with incentives for meeting sales metrics – benefiting both parties.

Enter the competitive approach. Now, it’s important to note that you shouldn’t be combative; rather, be prepared to demonstrate your value and the impact you can have with their investment.

Always Know Your Negotiation Style
Negotiation isn’t an exact science. But there’s a golden rule that everyone should follow – it’s OK to assume any of the five styles in a negotiation, but it’s never OK to be unaware of the style your counterpart is applying.

Jeff Cochran is a partner at Shapiro Negotiations Institute, a world-renowned keynote speaker, and a previous contributor to Selling Power. Connect with him via LinkedIn.