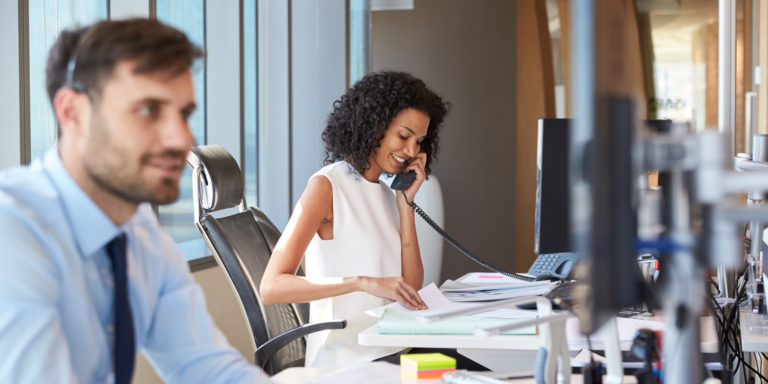 Interestingly, there is no similar controversy regarding following up. I have yet to find one sales expert, manager, or rep who says we shouldn’t follow up. To the contrary, ask Google for the specific phrase, “salespeople don’t follow up,” and you get thousands of results with titles like, “Why Salespeople Don’t Follow Up,” and, “In Sales, the Follow-up Is Everything.”

The common complaint is that sales doesn’t follow up on the leads generated by marketing. Marketing blames sales for lack of diligence. Sales blames marketing for poor lead quality. New and improved systems that enable sales tasks to be planned out as time-phased action sequences promise efficiency gains and improved lead coverage.

But there’s another kind of follow-up that gets very little focus, yet may offer even greater gains than better lead coverage: following up first conversations, or cold calls, with further conversations. While most sales managers probably believe it’s a good idea to translate “no” into “not now” for many (if not most) initial conversations, most sales reps prefer to try to reach new contacts rather than experience a second “rejection.”

So, who is right? Intuitively, it would seem the reps have a point. Surely, with a fresh contact, a rep has a better chance of yielding a positive outcome than with a prospect who has already said “no” or even “not now.” Maybe sales managers need to face reality: “No” might really mean “no,” so let’s just get over it and move on. That is, maybe following up on a bad conversation is simply a bad idea.

Of course, where opinions differ, it’s nice to have facts – preferably, a whole bunch of them. To that end, we at ConnectAndSell did a fully automated study of 179 companies doing more than 17 million dials over the final nine months of 2017. The study’s premise is simple: Some of the dials are made on fresh leads, trying to score a first conversation – traditionally called a “cold call.” Other dials are attempts to reach prospects who have already declined to schedule a discovery meeting, known as “follow-up calls.” Table 1 shows a simple waterfall, following dials to conversations, and conversations to scheduled meetings for cold calls and follow-up calls.

The results are striking. Dial attempts to reach a prospect who has already said “no” or “not now” are 2.26 times as likely to yield a scheduled meeting as call attempts on a fresh prospect who hasn’t yet said anything at all.

First, prospects who have had one phone conversation have demonstrated, at least occasionally, that they answer their phone – in these results, about 1.35 times as often as prospects being called for the first time. Given that people vary in their phone-answering habits, this makes sense. The first conversation serves as a filter that selects for one thing: propensity to answer.

Second, and more subtly, follow-up conversations themselves convert to meetings at a 1.68 times higher rate than first, or cold, conversations. Sales reps are often told that every “no” gets you closer to “yes,” but this “yes” is coming from the same prospect who once said “no”!

There are several reasons for this unexpected result, but four of them stand out:

One conclusion is obvious: Sales managers should maximize their teams’ calling on prospects who have said “no” or “not now” at least once.

Another conclusion is less obvious: Those same teams need to cold call enough to manufacture those follow-up opportunities.

Is this enough to put the cold calling controversy to rest? Probably not for all. But you can’t have a second conversation without having a first, or cold, call – and that’s a fact worth considering.

How to Build Trust and Engagement with Video