Mike, 38, made over $180,000 a year in commissions from high-tech surgical equipment sales and has just paid off his last bank loan. Now he spends Tuesdays in the Country Club and only works 30 hours a week. Janet, 27, meets her company’s quotas every year, but lately she’s become preoccupied with sifting through catalogues for graduate courses in business. She feels that her sales career is going nowhere. Joe, a 61 year old life insurance agent, has only four more years before he retires – he doesn’t come to work before 11 a.m. and engages in lengthy conversations about his woodworking to an exasperated office staff.

These three sales reps have plateaued – and they’re not alone. According to a survey of 300 U.S. companies by the outstanding training firm of Porter Henry & Co., Inc., executives see the problem all too frequently. Almost half of the respondents believe that 15-25 percent of their employees have stopped growing.

Porter Henry has shared the results of their study, “The Plateaued Sales Rep,” with PSP to help our readers and their companies recognize the early warning signs of “peaking out,” eliminate the reasons for this plateau phenomenon, and take steps to motivate complacent salespeople.

These are problems that can be corrected, even prevented, once the first hurdle – recognizing that plateaued salespeople exist – is overcome.

Patterns that can give managers clues to recognizing a potential plateau victim often go unnoticed. Over and over again, surveyed first line sales managers and vice presidents alike said that their companies refuse to admit that the problem even exists. They label it a “temporary slump” or blame it on the employees “poor attitude.” However, once they acknowledge the plateau phenomenon, the warning signs are loud and clear.

These signs show up in the salesperson’s:

* lack of interest – little or no participation at sales meetings, inability to solve sales problems, no enthusiasm for introducing new products.

* inappropriate use of time – more and more time spent in the office than on calls, use of office equipment (copiers, phones) for personal projects (Little League, vacation plans).

* performance – marked drop or flat sales (a steady level with little or no change), little or no prospecting activity, increased customer complaints.

When salespeople exhibit these signs, it’s time to find out why they have plateaued.

Many executives feel that up to a quarter of their sales force has leveled out. What’s worse is that 6 percent of those surveyed set the figure even higher – between 40 percent and 75 percent! Why do so many reps plateau? Four of the most frequent explanations include:

They all boil down to a lack of motivation. Remember Mike? With commissions over $100,000 a year, he’s rather relax and take time to spend money rather than expend energy to make more of it. Janet’s company hires outside people for management. Because her avenues of promotion are blocked, she has the choice of becoming an overqualified salesperson, looking for a new job, or changing careers. Boredom strikes young employees who expect fast promotions and constant challenges – and don’t get them – as well as older reps. Joe’s lack of recognition at work might be the reason he’s so enthusiastic about his hobby. And reps who pressure themselves to outperform everyone find that the price of sustaining that degree of energy and drive is high and can add up to mental and emotional exhaustion. Burnout victims eventually plateau, even if it’s at a slightly higher level than their “average” coworkers.

When does the plateau phenomenon occur? All ages are susceptible, but it is most common in two groups: 45 to 50 year olds and 25 to 30 year olds. Whether they’re sales veterans or fresh out of college, employees who aren’t rewarded for their initiative simply stop trying.

Men plateau more often than women – by a ratio of 14 to 1 but these results are qualified. Most respondents had very few women on their sales team. They believe that female reps tend to work harder because they feel they must prove themselves in this traditionally male profession. Unless steps are taken to prevent it, the increasing number of women in sales will boost the percentage of plateaued reps even higher.

The savvy manager will first determine – through observation and direct questioning – why the salesperson has “peaked out.” The next step is to try some, or all, of the following solutions:

A three-pronged approach enlists the help of the company, the manager and the individual salesperson:

Salespeople are a valuable company resource. They are also human and need recognition for their contributions. Form “senior sales rep” clubs and award “master” jackets to the older reps. Younger salespeople need to feel important. Fill them in on the goals and long-range plans of the company, and ask for their input. Bonuses, incentives and sales contests – compensation tied to performance – help to motivate sluggish reps. Companies can also develop formal career paths and provide career counseling.

New assignments and leadership roles go a long way towards helping to solve the “peaked out” problem. Set higher goals for your salespeople – either sales goals or personal ones. Learning a new skill or opening a new account increases motivation. Probation, a choice well down on the list of suggestions, does more harm than good, especially for older salespeople. As one respondent noted, “Putting the older rep on probation is just going to drive him deeper into the his hole. And when word gets around to the younger reps, it can really make the manager look like a heartless fool.”

Salespeople can’t be helped until they’re ready. They must recognize their problem and want to solve it. Once reps are willing to try, they can boost their skills and momentum by: attending outside sales seminars, reading more professional books, periodicals and newsletters, and getting involved in sales clubs or associations. Younger reps should reevaluate their career goals. Finally, all salespeople should create a two, five and ten year plan for personal and professional growth.

The easiest way to deal with the plateau phenomenon is to avoid it. Recognize that challenges and rewards are prime motivators. If you treat your reps like professionals, they’ll do their best to meet your expectations. Encourage more communication by asking for salespeople’s ideas about new selling strategies, training programs or company policies. One manager suggested that several minireviews between annual evaluations help to locate potential problems early enough to head them off. When you communicate your interest in the rep through praise and advice, reps are more likely to bring their problems to management instead of waiting for a confrontation.

A company’s most valuable resource is its people. Take your company from “peaked out” to peak sales by acknowledging the problem of plateaued reps. Then give them the incentive to start growing again. 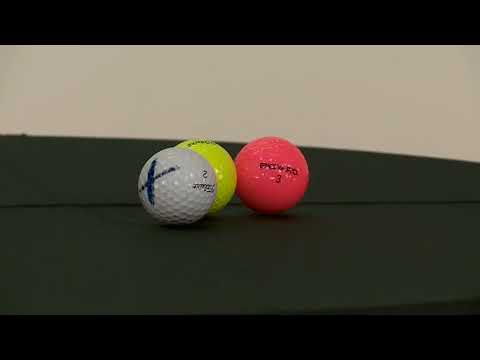 Create Mental Toughness with the Protect your Castle Rule