When I first started my sales career, whenever the company held an incentive contest, there was always a first, second and third prize and invariably there were three `hot shots’ in the company who would win those. So, I felt, what’s the use of trying?” remembers Mary Kay Ash, founder of Mary Kay Cosmetics. “At Mary Kay we put everything on a plateau basis. In other words, if we have a contest, you know that it will take X-number of dollars wholesale to get into that rank. You don’t have to step on anybody to get the reward; you can all reach for it and get it. In essence, our salespeople compete with themselves.”

This inclusive attitude stems from Mary Kay’s belief that everyone on the corporate team deserves recognition for achievement.

Although incentive programs where everyone can win something have proven themselves at Mary Kay Cosmetics, much of corporate America still thinks of a good incentive as an only-one-can-win contest with the top dog trotting all over the globe, plied with every conceivable trinket and glorified as the company’s pet salesperson of the year.

Such programs breed more contempt among a sales force than they do competitive spirit or desire to excel. To get a bead on what salespeople want from incentive programs in the ’90s, PSP’s editors interviewed salespeople, sales managers and vice presidents as well as incentive company representatives. As Terry Graham, President of Graham Incentives Inc. of Conshohocken, PA,* told us, the best incentive programs have a specifically targeted goal, are tailored to your salespeople and allow everyone on the sales staff to strive for excellence.

“We worked with one pharmaceuticals company,” Graham said, “to create a program that specifically focused on increasing the company’s market share against a competitor in one department. Salespeople had seven levels of achievement with many different prizes at each level to shoot for. We based these levels on both dollar sales and increased market share in the salespeople’s territories. At the top level the items to choose from were all valued at over $3,000. This company had more than 1,000 salespeople involved in the program. To maintain peak levels of interest they sent monthly reminders of the myriad prizes available to each salesperson along with an update on how that salesperson was doing. By the end of the program the sales staff blew the doors off the company’s expectations, pulling in a whopping 165 percent of the targeted sales for the period of the promotion. That’s a perfect example of creatively using a win-win incentive program.”

While this winning formula may sound easy, many of the salespeople and sales managers PSP spoke to mentioned numerous problems they had experienced with incentive programs. On the other hand, some described programs that exceeded expectation. With that in mind, we have created a short list of some of the actual scenarios — good and bad — described by sales professionals to our editors, along with an explanation of the lessons from each approach.

“I work for a Japanese tool company, and we have seven districts in the United States. If each district’s salespeople, as a team, reach a certain goal, they get to go on a week-long vacation at the end of the year. The trips are generally outdoors-oriented, to Yellowstone, Yosemite or similar places. While there, we are required to get together and discuss ideas and ways of selling more in the coming year. The problem is that spouses and kids are excluded from most of these trips. Most people don’t want to go away for a week without their family, or at least the spouse. We have no problem with getting together for discussions, we just wish we could bring our family on vacation with us.”

The solution to this problem is obvious. There is no real reason to exclude family members. If it’s important enough to them, salespeople will gladly pay for their spouses to come along. Properly organized, incentive programs involving trips can be coordinated so that family members provide what Bob Guerreiro, president of The Journeymasters, calls “spouse pressure,” urging husbands or wives on to meet that period’s sales goals. One positive side effect? Spouses tend to complain less about long hours at the office.

A district sales manager for a national steel company told PSP about his company’s incentive program:

The twofold solution to this problem: 1) Make sure the prize for achieving a set goal is commensurate with the standard of performance it rewards. Salespeople will not be motivated to go all out for a reward they perceive as cheap. Better not to offer the incentive at all than have it operate as a demotivator. 2) Find out from the salespeople themselves what they want. This may seem obvious, but it can help you avoid incentives that have no motivational possibilities, like a juicy cut of sirloin for a sales staff of vegetarians.

An insurance training supervisor in Ohio mentioned a program with profitable results:

“We have short-term contests for new agents coming into the business as well as longer-term contests for the seasoned career agents. This way competition is only among peers. New sales agents shouldn’t be expected to compete with agents who’ve been in the business for 10 or 20 years. New agents aren’t usually ready for long-term goals as career agents are, so we provide new agents with the shorter contests to take advantage of their psychological level. It also provides the enthusiastic young salesperson with the impetus to become a career agent and eventually go for the long-term awards.”

Setting up competitions among peers is usually a good idea, but there can be problems if the competition is not equitable. If the end goal for every salesperson is the same number of dollar sales, salespeople with smaller territories or fewer billings will begin at a disadvantage. The key to remember here is: Competition doesn’t have to be equal, it just has to be equitable. If territories or billings are different, base the incentive on an equal performance level, not equal dollar sales.

One Illinois district manager outlined the following problem with his company’s incentive program:

“Our incentives are based on team performance. We have a target to shoot for as a team, and everyone is expected to pull in their fair share of business to make quota. If we make it, we usually get to go on a trip somewhere with our spouses. I don’t know if this is a problem in other companies, but in my office there are a few people who some of us don’t think work as hard as the rest of us. If we miss quota, it’s generally because everyone wasn’t doing their fair share. Personally, I could double my business in a year, but because of some of my co-workers, I might not get to take my wife to Hawaii. I don’t care if these people don’t want to work hard, I just don’t want to lose out because of them.”

For the best results from team incentives, offer individual incentives as well. This way both your big-selling teams and individuals will get the recognition they so richly deserve.

A district manager in advertising sales mentioned this problem with his company’s trip offer:

“We had an incentive where if we exceeded a certain goal by X-number of dollars, we received a trip to Bermuda. Unfortunately, they told us about the program in March, 1991, but it covered the whole year. If we had known back in September, we probably would have pushed harder to get programs in and prepare schedules for the upcoming year with that goal in mind. As it happened, we had only nine months to work toward the goal and just one person ended up going to Bermuda.”

An incentive program will only work if: 1) It has clearly defined goals for the salespeople, and 2) they are informed well ahead of time to prepare for the selling period covered by the incentive program. The previous example demonstrates exactly how the best intentions for an incentive plan can backfire without proper planning and execution.

Although all the salespeople we spoke to had different stories to tell about how their various companies approach incentive programs, there was near universal agreement on one point. Each salesperson mentioned an interest in creative incentive ideas. As Terry Graham said, “Money is a great motivator, but it has a short attention span.” Creative incentive ideas, whether a trip to a City Slickers-style cattle drive or to Skip Barber’s Driving School, provide salespeople with a great memory of their reward for a job well done.

With the recent growth in the incentives industry, the options are virtually limitless. Any creative sales manager with a vivid imagination for sales goals should be able to visualize an equally imaginative incentive program to inspire salespeople to reach those lofty goals. 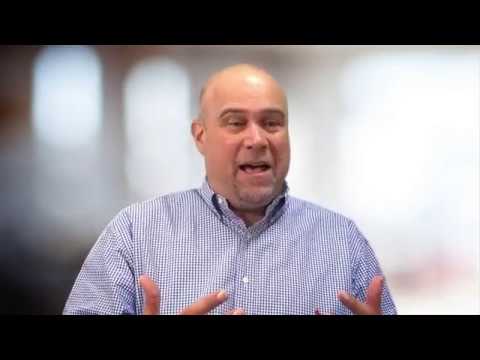 Leadership Insight to Build a Winning Sales Process and Pipeline