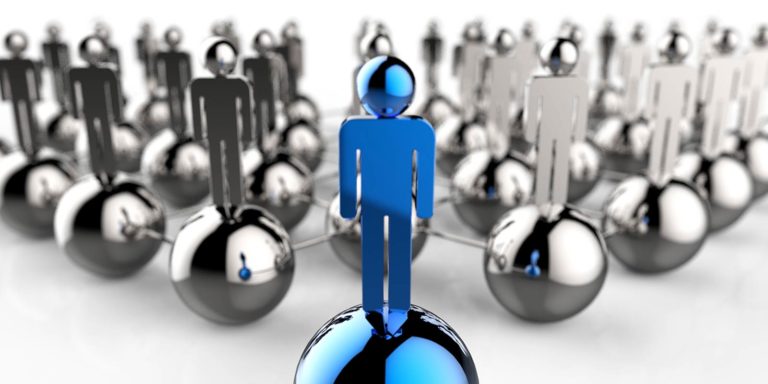 As the most successful salespeople know, motivating people to act is at the core of selling. Those who have embraced this premise have become masters of influence. They understand the concept of social proof, which Robert Cialdini wrote about in his 1984 bestseller Influence. Never heard of social proof? It is one of the areas of study that sociologists and psychologists continue to tout as a cornerstone of the science of influence.

Whether we realize it or not, we’ve all been affected by the science of influence – especially in the sales field. Have you ever decided to go out to breakfast and you look to see how many cars are in the parking lot? Maybe one restaurant only has a car or two, while the other restaurant is packed. Which one do you gravitate toward? The one where all the people have gathered. It’s human nature to follow a crowd, to eat at a popular restaurant, to see the popular movie, to check out why so many people go to certain stores.

In fact, social proof is so powerful that you will likely deny logic to be one of the crowd. One fascinating example is the Solomon Asch conformity experiment from 1951. Asch was a respected psychologist who wanted to test the limits of social proof – to show that people are willing to reject their own perception so they can fit in.

So Asch recruited a group of college students to participate in the experiment – what he called a line judgment task. Each group was shown images like the ones below:

The participants had to identify which line (A, B, or C) matched the target line on the left. What Asch did was divide the participants into groups of eight. The catch was, only one of the people in each group was actually being tested. The other seven were plants and agreed beforehand how they would answer.

That first reason certainly makes a powerful statement in terms of social proof: Humans follow the herd. It’s the second reason, however, that’s critical in understanding the bedrock of influence. Information, or lack thereof, influences our behaviors and decisions.

Let’s bounce back to the restaurant example for a second. The reason you’re likely to head for the one with all the cars in the parking lot is because of the information you’re receiving. We humans are social creatures, and we’re hardwired to look to one another for evidence that something might be better, nicer, cleaner, safer. We’re talking survival instincts here. You see an empty parking lot at a restaurant and automatically think, “Maybe the food will make me sick.” Who wants to be the lone gazelle at a watering hole? Nobody. But maybe that restaurant with two cars in the lot just opened. Maybe they have better food at better prices. “Doesn’t matter,” says your survival instinct. You want to be where the masses are. The group must know better than I do.

Think about when you go shopping. When you’re in a shoe store, for example, you have the ability to directly compare one shoe to another and determine which is better. There’s not a whole lot of outside influence on which shoes you buy. Or, if you’re at the mall doing a little clothes shopping, you can try on a shirt, feeling the fabric, the quality, the fit. When you’re shopping online, however – as many of us often do, especially since the pandemic forced our hands – deciding which shoe or shirt is best is a lot more difficult. So, what do you do? Read the reviews. When it comes to buying something online, we almost need to rely on outside opinions to make a final decision, since we don’t have the product in hand to examine it ourselves.

When used correctly, social proof can (as you can imagine) be a very powerful tool for influencing someone to buy whatever it is you are selling. By highlighting the popularity of your products, service, or brand, you can drive your buyer’s confidence that what you have is what they need.

Clearly there’s a science to getting others to buy from you – a secret only the best salespeople in the world know about. Because selling, at its core, isn’t really about moving a product or service: It’s about moving people.

Despite all the processes and lingo and methodologies and corporate rhetoric, sales – no matter the industry – has never truly been B2B or B2C. It always has been (and always will be) done H2H: Human 2 Human.

Lance Tyson is president and CEO of Tyson Group, a Selling Power 2021 Top 25 Sales Training Company. His new book, H2H Selling: The Human 2 Human Equation to Persuade, Influence, and Close the Deal, is now available for pre-order at your favorite book retailer.