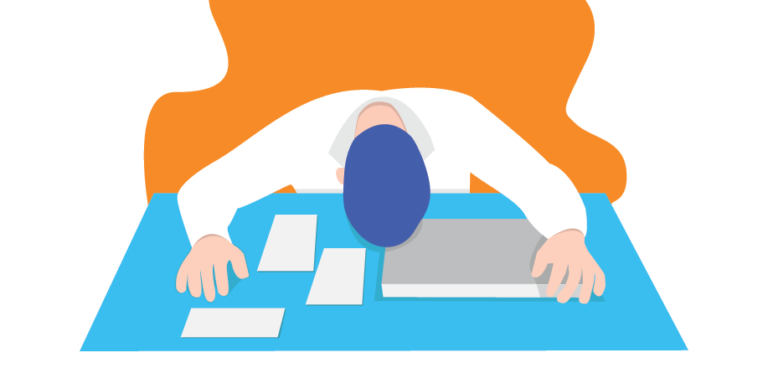 The pandemic has changed the art of selling – perhaps forever. Selling while still in our underwear is now commonplace and looking good on Zoom is now far more important than wearing polished shoes.

The McKinsey study also revealed an eye-opening (but unsurprising) stat: Traditional in-person sales meetings have declined by 55% while videoconferencing (e.g., Zoom) calls have increased by 69%. When meeting with existing customers or prospects, 76% of salespeople prefer using video calls instead of voice-only calls. The reasons are obvious. Reading eye contact and non-verbal gestures can be vital to building customer trust – and 90% of customers buy on trust, not facts.

Armed with this knowledge, what are three things you should avoid that could ruin your career and prevent you from exceeding your quota?

Trust
Virtually all sales frameworks – from SPIN to Sandler to Miller Heiman to Challenger – prescribe building customer trust by starting with a “warmer” to “build rapport.” Despite The Challenger Sale’s conclusion that Relationship Builders are the worst salespeople, experienced sellers know that customers buy on trust, which requires building a relationship.

The worst mistake we can make is treating all prospects the same. One size, one approach, does not fit all. We must know who we’re engaging with on a Zoom call. I’ve spent decades working with and coaching sales teams, from two reps to thousands, and the best ones adjust their approach and style to the personality of the prospect.

For example, on one call I knew that the prospect had a strong, confident, and “in control” personality. This type prefers to be challenged and likes bullet points rather than verbose details. The rep did not know this and spent 30 minutes “in the weeds” and concluded by saying, “So, as you can see, this solution is automated and can take complete control of your entire system.” He failed to realize that he was talking to a proverbial “control freak.” Needless to say, we lost the sale.

Balance
A few thousand years ago, Aristotle invented his famous persuasion model. This detailed approach focused mostly on public speakers, but the principles are relevant to selling in our modern world. We must persuade customers by delivering balanced information that appeals to our logical, emotional, and instinctual motivators.

The late Dr. Paul D. McLean, a Harvard neuroscientist, rediscovered this secret more than a decade ago. His Triune Brain theory surmises that our decision making is mostly subconscious and related to three brain areas that are, you guessed it, more logical, emotional, or instinctual. This also relates to personality types, as certain parts of our brains may be more dominant than others.

In our earlier example, our control freak is more instinctual, which is why he prefers bullet points and needs to be in command. Unfortunately, most sales playbooks don’t account for this and again make the mistake of either delivering only logical value propositions or assuming that sales scripts don’t need to be personalized for each prospect.

Storytelling
Most of us probably think we can tell a good story, but can we? As a budding writer, I attended a conference years ago, confident that I could tell a good story. After two weeks, I was voted most improved. Ouch.

In short, imagine the book The Wonderful Wizard of Oz. Your prospect is Dorothy, the hero of the story. In Act I, she is in her ordinary world and you need to appeal to her emotional brain and ask her questions to understand this world completely. Then, appeal to her instinctual brain by creating a tornado to thrust her into Act II and the world of Oz. There, challenge her assumptions and make her aware of risks, such as flying monkeys. Then, and only then, will she be ready to click her heels and come home in Act III where you can appeal to her logical brain with facts, figures, and closing statements.

All this may seem confusing, but with simple solutions you can improve your ability to convert LinkedIn prospects into gold.

William Craig Reed is the CRO for REMOTELYME.com, a software firm that offers a LinkedIn social selling system and app in the Chrome Extension store called ENGAGE86. Reed is also the New York Times bestselling author of the award-winning book The 7 Secrets of Neuron Leadership.