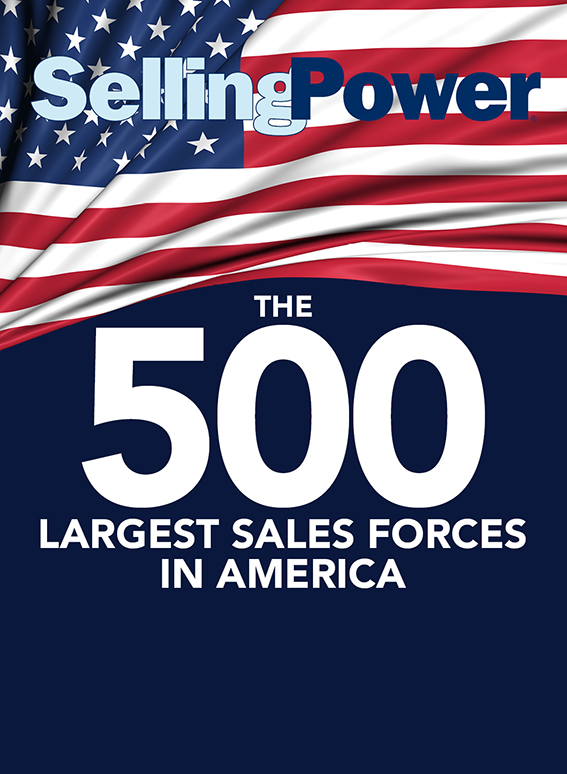 Our research team continued to find that salespeople employed by manufacturing firms contribute a far higher amount of sales revenue than other industry segments. The top 200 manufacturing firms employ 528,030 salespeople and produce more than $4.1 trillion in sales. That’s an average of more than $7.8 million in sales per salesperson. This represents a significant (6 percent) increase in productivity compared to the previous year, which means productivity – which had been stagnant or declining for four consecutive years – is now beginning to rebound. The number of manufacturing salespeople increased, gaining almost 7,000 salespeople since last year. The total number of manufacturing industry employees also increased this year, increasing by more than 3.5 percent over last year.

The top 200 companies in the service sector reported a small decrease of almost 8,000 salespeople, bringing the total to 592,284 salespeople. The number of salespeople decreased by just over 1 percent, and the total revenue came in at more than $3.4 trillion – an almost 10 percent increase over last year. This represents more than $5.7 million in sales per salesperson and a healthy 11 percent increase in productivity – now showing three straight years of productivity gains. The number of service-sector employees increased by a significant 15 percent this year, making it an impressive five consecutive years of increases in the number of service-sector employees.

The top 20 automotive megadealers reported mixed numbers this year. The top 20 firms own 1,742 dealerships (up by about 1 percent), employ an estimated 26,130 salespeople (an increase of about 1 percent), and produce more than $117 billion in sales (down by more than 3 percent). This brings the average annual sales per salesperson to almost $4.5 million (down by more than 4 percent). The productivity registered shows a sluggish automotive industry still in the process of recovery.

The top 50 insurance companies employ sales forces totaling 600,334 across the industry, with an average sales volume per salesperson of $1,550,352. This represents a large increase in productivity of more than 36 percent. In fact, the number of salespeople declined slightly from last year (a 6 percent drop), while their productivity increased significantly. The total number of employees posted a significant increase of more than 18 percent over 2016.

Each salesperson in the service or manufacturing industry supports, on average, 15.08 other jobs within the company; that figure marks a significant increase over last year’s number of 13.71 and more than compensates for last year’s small decrease. These companies employ a total sales force of more than 1.1 million salespeople, who produce more than $7.5 trillion in sales and ensure the employment of almost 17 million people. This underscores the fact that the sales forces of America are responsible for helping sustain and ensure our economy’s future growth.

Sales Is About One Thing: Turning "If" into "When"