Your Guide to Having More Productive Disagreements at Work 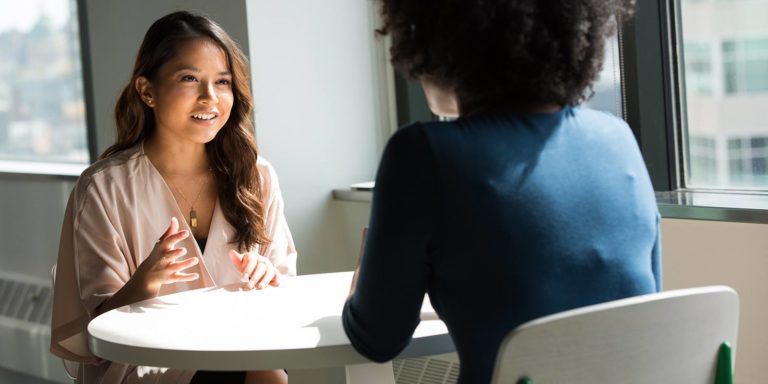 Whether it’s sales skill training, leadership development courses, or even pre-marriage counseling, the blueprint for success is the same: cover all the fundamentals first and later teach a contingency strategy, which is what to do when the basics don’t work. In other words, for example, handling objections in selling, substandard performance in managing, or disagreement in marriage. Handling conflict and disagreement is unfortunately often positioned as a secondary or contingency strategy in training/development courses. Really, conflict and/or disagreement is a regular element of all human relationships and should be treated as primary.

The basic personalities of those involved may be the most significant contributing factor in how disagreement plays out. It takes all kinds of people and personalities to make up a successful group, organization, or company, but diverse personalities can also lead to disagreement. As you read through the following personality types, think about those you work with and, if they fall under one of these categories, consider how the tips provided may help you communicate with them and better handle conflict.

Using basic descriptions, “People-people” are friendly, get along with just about everyone, and like to be thought of as amicable and gregarious. They really don’t like conflict – which is what disagreement feels like to them. They tend to hold back statements of disagreement, though their body language often gives them away. They pull their punches, and two things may happen as a result. They will either not say much in disagreement until tension builds up to a breaking point and they blow up at others. Or, secondly, they will not say anything and take a passive-aggressive approach to what they didn’t agree with.

Tip: Healthy communication with them – and healthy includes all their perspectives, not just the happy ones – means encouraging them to openly contribute their points of view. Let them know it’s safe to do that. Raised voices and accusations derail “People-people.”

Analytical people tend to be pre-occupied with exploration and detail. Anything less than perfection can bother them. They can seem to get hung up on minutia, making others impatient and frustrated. If an analytical person holds a point of view, they probably went through 50 steps to get there and getting them to see an issue differently is extremely challenging. They talk in detail (something isn’t “about 5%” higher, it’s 4.85% higher), tend not to be animated, and are frequently more introverted than others. Disagreeing with them can test your patience.

Tip: If you are working with an analytical person, be patient, and do not interrupt. Don’t discount their need to operate with levels of detail or they will be frustrated. Rather, indulge it. Disagreeing with them can be a bit maddening, but keep in mind their attention to detail is probably very important in carrying out their responsibilities.

Drivers are the ones always pushing forward. Their upsides are obvious; they want to get things done and tend to embrace change most easily. In fact, they value change. Their focus tends to be on function versus process/procedure or people. Of the three personalities we have covered, they are the most comfortable with disagreement and the quickest to express it. They may even use that comfort to intimidate “People-people” and “Analytical” types.

Tip: The best way to work with a Driver (if you are not one) is to prepare to stay centered and understand that any disagreement is not personal. Pay more attention to their words than their tone and intensity. Treat them with respect but not obsequiousness. Drivers tend to want to move briskly, but don’t enable their need for speed. If a disagreement feels rushed or brushed over, speak up, call a break, or take a time out. Lastly, because Drivers tend to believe disagreement is standard, they can usually move past a conflict in which their view or outcome did not win out.

Active listening is often easier said than done, especially if you don’t agree with what the other person is saying. It requires singular focus. The moment we feel our mind beginning the internal talk show that includes what we want to say and all our other thoughts, we must immediately return to what is being said. We are listening to understand, not agree. As the late Stephen Covey said in The Seven Habits of Highly Effective People, “Seek first to understand, then to be understood.” Avoid the temptation to interrupt, even if it is to say you agree. Let the other person finish their statement.

Dialogue and conflict are more comfortable and conversational when the speaker receives some sort of affirmation that they are being heard. This can be verbal, such as “I think I understand what you are saying,” or something as brief as “OK.” Or it may be non-verbal such as a nod of the head or a change in eye contact. The effect of acknowledging or affirming the person you are speaking to or disagreeing with is that it encourages the other person to continue to engage.

In all conversations, but especially in conversations related to disagreement, different words can mean different things to different people. Exploring involves paraphrasing the other person’s thoughts or checking in to assure we fully understand the other person. For example, “What I hear you saying is option #1 seems excessive to you,” or, “I understand you to mean that option #1 seems excessive. Can you tell me more about how you developed that perspective?” Exploring often surfaces many misunderstandings and misinterpretations. If we’re going to have disagreements, we should at least accurately understand what we’re disagreeing about.

In most conversations and disagreements, we may need to cycle through listen, acknowledge and explore many times to get to the point of mutual understanding.

When we fully understand the other party’s stance, we can communicate our perspective and respond to the dispute. Then, use the same listen-acknowledge-explore process to continue to sort through whatever we might disagree about.

Disagreement is a natural part of humans working in groups. In general, disagreements are a sign of a healthy, fully expressive environment where many points of view are being considered. As the cliché goes, “Two (informed) heads are better than one.” In the end, the manager or leader makes the decisions, but those decisions will be more sensible if healthy expressions of perspectives – including differences of opinion – have been well aired.

Our personalities largely determine how we’ll operate in a disagreement and how the conversation plays out. Being sensitive to other approaches helps diminish unnecessary personality conflict.

Sales managers and leaders must openly express that constructive disagreement is valued, and refrain from pulling rank or using their power to shut down ideas they don’t like. 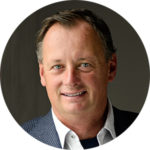 Jeff Seeley is Chief Executive Officer of Carew International, a leading sales training and leadership development provider. Prior to becoming CEO in 2001, Jeff had been affiliated with the Carew organization for over 20 years as a customer, board member and executive team member.