How to Read Your Customer: The Body Language of Yes and No

Body type, culture, and context all affect a customer’s body language. Even so, it is possible to make some general observations about what constitutes the body language of yes or no.

Regardless of what type of sales strategy you are pursuing – relationship, solution, expertise, ROI, or fear selling – knowing when to move forward and when to ease up and postpone the “ask” is key to your success.

Open body language is actions and facial expressions that are invitational; they show a desire to connect – and suggest that trust is present. The body language of happiness and many other positive mental states and emotions will contain movements suggesting openness.

Closed body language projects the desire to shield and separate; it neither inspires trust nor suggests receptivity to building it. The body language of disgust, contempt, or other negative mental states and emotions will contain closed movements.

Examples of open body language are:

Examples of closed body language are the opposite:

Listening and watching for changes in vocal expression is another way of determining how relaxed or strained – positive or negative – a person is. You need to pay attention to how something is said, not just what is being said.

Pitch, tone, pace, volume, and hoarseness/stridency are among the characteristics of a voice. In some cases, they can change from moment to moment, reflecting some momentary shift in emotion. For example, you ask the customer a question that may cause a little discomfort; right away, you’ll probably hear a change in the person’s voice.

Pitch helps convey the intensity of the communication, express a question, or convey uncertainty or even deception. Someone who is excited and happy might suddenly have a higher pitched voice than before. If you’re at the end of your sales presentation and hear that change in pitch just before the “ask,” you might have reason to think, “I nailed it!” – especially if it’s accompanied by open body language.

Tone is a characteristic of voice that goes a long way toward conveying meaning. Much of what we learned about tone we may have learned from our parents when we were kids. Mom asks the child to do something he has no interest in doing and the child says, “Yes, Mommy” in a way that provokes, “Don’t you use that tone of voice with me, young man!” Tone and pitch work in tandem to convey sarcasm – to clue you in that someone is telling a joke, to leak repressed anger, and much more.

Pace is the speaking rate someone has adopted in a particular conversation. A sudden change often indicates stress. On a business call recently, I heard the client quicken the pace of his speech. I looked at my computer and noticed that it was three minutes to 11. Even though we hadn’t established an end-time for the call, I asked him, “Do you have another appointment at 11?” The client said, “Yes!” He seemed surprised – and delighted – that I had somehow sensed he needed to wrap up our call.

Volume is another vocal quality that conveys intensity. An ardent denial of an accusation would probably be said more loudly than other parts of the conversation. Of course, some people might drop to a whisper in expressing a denial as if they are embarrassed at their attempt at a cover-up. Watch the person’s body language; it if goes from open to closed, that may reinforce your suspicion.

Stridency or hoarseness, when they are not normal for the person, can suggest stress. When the vocal cords tighten up and/or the throat becomes dry, the voice takes on a different sound. It can get very raspy but, for some people, that coarseness is part of their normal speech. Look for other signs of stress, like an increase in blink rate. If the throat is drying out, then the eyes are drying out, too, and the person will automatically blink more often.

Throughout a sales interaction, it’s vital to recognize what actions your customers adopt in response to stress. If you can keep customers at ease, you boost your chances of being on the path to yes! 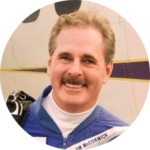