How Important is it for Your Salespeople to Practice?

When I was much younger, I was a pretty good trumpet player, playing professionally for nearly 10 years. I took weekly lessons from the age of 9, played in multiple bands and orchestras, and when I wasn’t taking lessons or performing, I practiced. And I felt I should have practiced more; a lot more. I could have been so much better…

Although baseball was my favorite, I spent most summers on the tennis courts, playing with anyone and everyone, until I entered college as the #2 on the school’s tennis team. It wasn’t good enough though, and I felt like I should have practiced more; a lot more.

I was not going to be a star in music or tennis.  But what if I was?  Would I have been finished with all of that practicing? No way. The greatest athletes and musicians still hire the best coaches in the world and practice harder and even more frequently! I would have done the same because that’s exactly what I did when I started my sales development business 27 years ago.

By contrast, I am a terrible golfer. Why? I never practice. It’s not very different from the sales profession. Salespeople are very much like me, the golfer. The typical salesperson receives, on average, 3 days of sales training — in their entire career. I’ve interviewed thousands of salespeople and most have never had a single day of professional sales training. And practice? There has not been a single client whose salespeople had been practicing the art and science of selling before I required them to begin practicing.

Why aren’t salespeople getting enough professional training? In most companies, ego, fear and money are the three biggest reasons. Sales leadership, although completely lacking in the skills required, believe it’s their job to train their salespeople. Upper management is frequently afraid of change, even when it will bring about a change in results. And many companies simply won’t invest money to develop their salespeople.

Why aren’t they coached the way they need to be? Although coaching is the number 1 job of sales managers today, most have never learned the proper way to coach, instead using a home grown approach and applying it on an as needed basis.

Why aren’t they practicing? Believe it or not, most sales managers are afraid of upsetting the apple cart. They believe that if they required their veteran salespeople to practice they will have a rebellion on their hands.

Are your salespeople practicing each day?

Objective Management Group has assessed more than 550,000 salespeople and according to their data 74% of all salespeople are completely ineffective and many of them shouldn’t even be in sales. They get by for a variety of reasons, among them:

Are your underperforming salespeople getting by? Can any of them become performers?  You can find out with a sales force evaluation. Even better, why not join me for my annual Sales Leadership Summit? 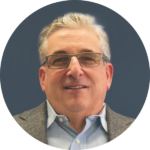 Dave Kurlan is the bestselling author of Baseline Selling, a top-rated speaker, and a sales thought leader. His blog, Understanding the Sales Force, was a Gold Medal winner for Top Sales & Marketing Blog of 2011. He is the CEO of Objective Management Group, the global leader in sales assessments, and Kurlan Associates, a global sales development firm.