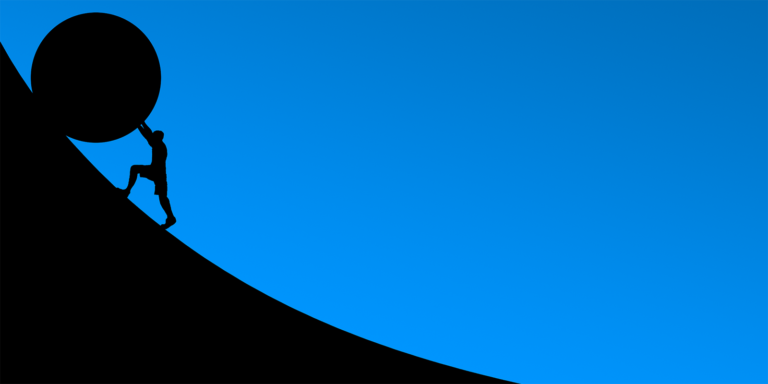 When you enter the sales profession, negative feedback is a fairly regular part of the daily routine. Prospects don’t always respond positively to your pitches, and executives may apply pressure about hitting your number. You quickly learn you need a thick skin to survive.

Winston Churchill once said that success consists of going from failure to failure without loss of enthusiasm. This may be true, but knowing how to get there is another matter entirely.

What if you could go beyond mere survival, and use that negative feedback to actually thrive?

Smart leaders help their sales teams “fail forward”– and to use negative feedback to grow. By shifting our company culture, fostering trust, and leveraging technology, we’ve systematically embraced negative feedback as a means to educate, motivate, and drive our team to next-level success.

1. Make it safe for salespeople to say what they really think.
If you’re going to expect your team to both give and receive candid, critical, and frequent negative feedback, you first have to create what has been described as a “psychologically safe environment.”

This piece from The New York Times chronicles Google’s journey toward creating what it called “the perfect team” – a journey through which Google discovered a concept called “psychological safety,” defined by a Harvard Business School professor as “a shared belief by members of a team that the team is safe for interpersonal risk-taking.”

Building off an already strong internal team culture at DiscoverOrg, we attempt to making it virtuous to speak directly and authentically to one another, whether statements are positive or critical. We encourage psychological safety with what the Google research refers to as “social sensitivity” and shared conversation among team members.

We look for opportunities to regularly reinforce the safety-in-learning theme. For instance, we use role play in team meetings to show that vulnerability is acceptable – and even an asset – because it serves the end goal of building the strongest sales team possible.

By nurturing a “we’re all in this together” mentality (and the trust such an environment affords) we’re able to get out of our own way, let salespeople focus on the sales cycles and opportunities in front of us, and not be held back by a “polite society” expectation that keeps many of us from saying what we’re thinking.

2. Embrace failure as a way to learn and grow.
With the trust level firmly in place, we focused on the harder work of practicing failing.

Fortunately, the tone is set at the very top of the company. Our CEO, Henry Schuck, likes to remind the entire company that each employee should do something that makes them uncomfortable every day. For the sales team, that’s easy: It’s pursuing great-fit leads so relentlessly as to risk receiving a cease-and-desist reaction.

We use video role-play tools and assign members to respond, via video, to recurring sales scenarios, which their managers review. We also use peer critiques, which has been one of the toughest exercises, since even thick-skinned salespeople who trust each other don’t like saying things colleagues might construe as negative.

But our CEO also walks the walk. He headed a new challenge dubbed “Game of Phones” in which the entire sales team – including himself – spends two hours on the sales floor making cold calls. The sales team could listen to the CEO’s pitch, Henry could listen to sales VPs’ pitches, and we could all learn from one another. It felt so positive that we’ve scheduled this exercise for two hours each week.

By reinforcing the dual points that 1) we’re all in this together, and 2) that failure is actually a point of pride, the sales and customer success teams are more willing to fail – and to fail in front of each other – because we’re using this information to grow and improve.

3. Use technology and automation to give salespeople feedback about their sales calls.
Technology plays an important role in sales training. An automated feedback stream, used across all customer-facing roles, can provide the continuous fuel both sales and customer success teams need to stay mindful of the ongoing need to keep the saw sharp. Consider the impact that publicly-displayed leaderboards can have on a highly competitive team.

We set up a scorecard review process where, each month, members of both teams select prospect and client calls where they want feedback. These selected calls are then distributed for peer review where we measure both the accumulated scores each individual receives and their quota attainment to show that everyone is pulling their weight and completing scorecards for others.

Failure is never easy. But learning to internalize and act on critical feedback can fuel improvements in every aspect of the sales process, and secure the kind of success Churchill spoke of so many years ago.

David Sill is head of sales enablement at DiscoverOrg, the leading global sales and marketing intelligence tool used by more than 15,000 of the world’s fastest-growing companies to accelerate growth.